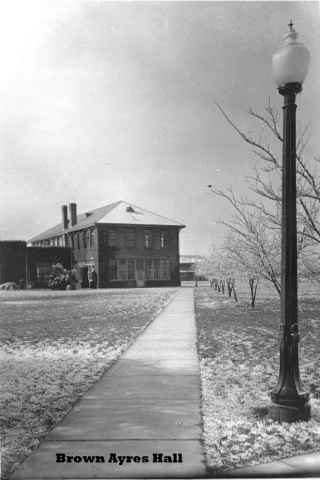 In 1901 MR. Ashly Woodson was the first teacher of Manual Training. This effort was to eventually become known as the College of Engineering.  In 1921 an assistant, George Griffin Hughes, was added to the Department as Teacher of Engineering.  Mr. Woodson died in 1929 and two instructors were added so that a total of three teachers were in the department with George Hughes, also Department Head, Mr. Starr, and Hiram Mason.

At this time the faculty were located in Brown Ayres Hall.  This two-story brick buildin was completed in 1910.  It was one hundered twenty-five feet long by forty-two feet wide, and had a foundry and forge shop extension.

Dr. Stephen's, University President, under a 1920 legislative act, organized departments that would eventually develop into colleges.  It was also under this act that the name Southwestern Louisiana Institute (SLI) was established.  Students in the new engineering department were located in the College of Liberal Arts. The degree showed a B.S. in Liberal Arts.

In 1929 two teachers in engineering were added, one in Electrical and one in Mechanical.  In the years between 1930 and 1940 the University saw the addition of sufficient faculty members and course offerings to form four branches of engineering: chemical, civil, electrical and mechanical engineering. Each had a separate department head and faculty. 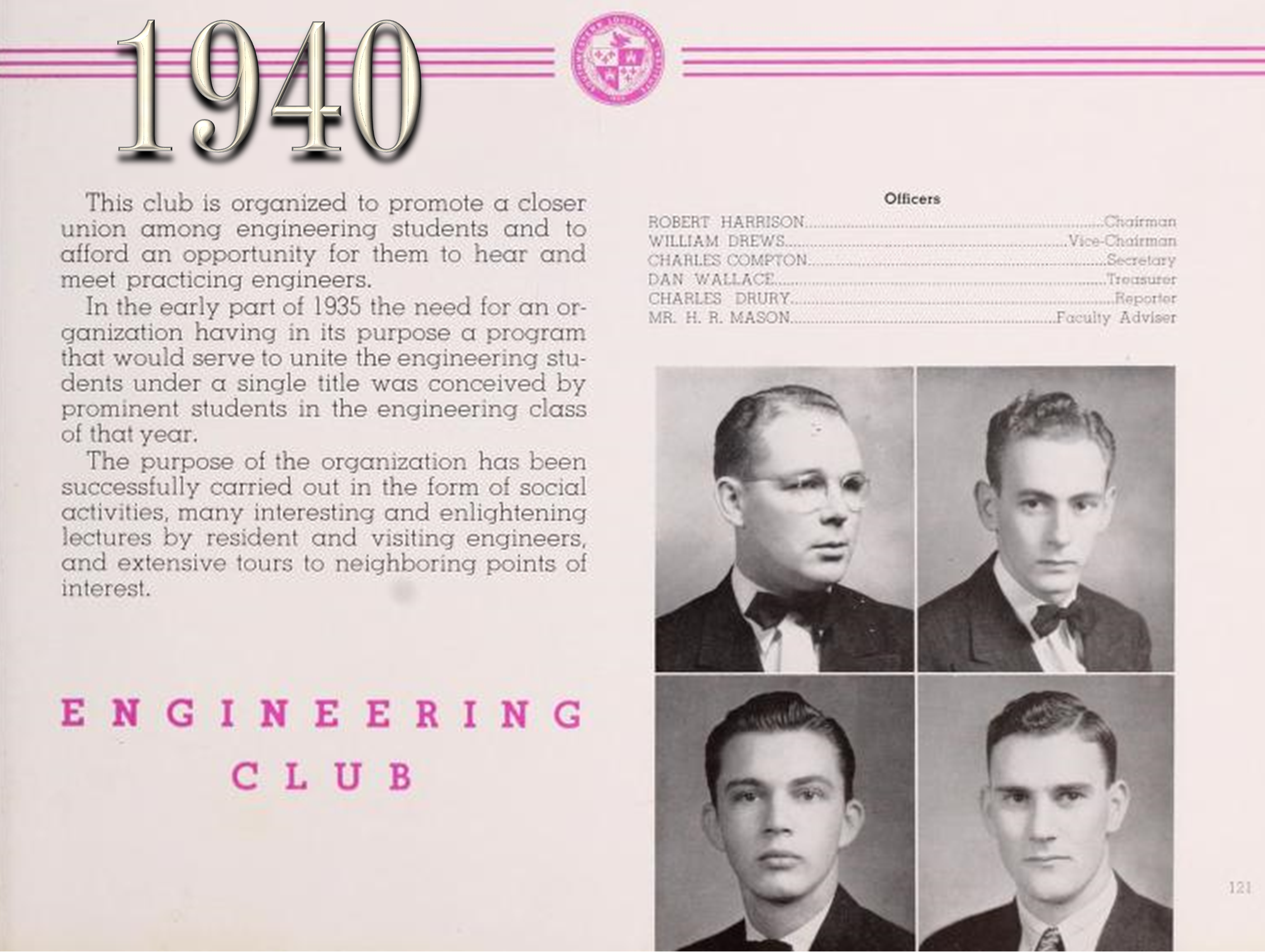 This page from the 1940 Edition of L'Acadien, the University Yearbook.

Since its formation in 1940, the College of Engineering has had seven deans:

Madison Hall was completed in 1957 as the engineering and geology building. It was named for H. Flood Madison, a past president of the state Board of Education and president of Bastrop Bank from 1900-1926. 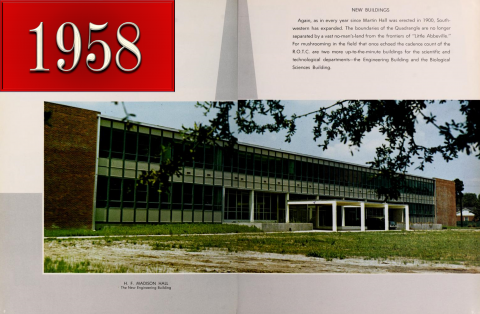 The caption reads:
New Buildings: Again, as in every year since Martin Hall was erected in 1900, Southwestern has expanded.  The boundaries of the Quadrangle are no longer separated by a vast no-man’s land from the frontiers of “Little Abbeville.” For mushrooming in the field that once echoed the cadence count of the R.O.T.C. are two more up-to-the-minute buildings for the scientific and technological departments—the Engineering Building and the Biological Sciences Building. 1958 L'Acadien Yearbook.

Special thanks to Dr. James D. Garber, Chemical Engineering, for his assistance in gathering valuable history of the college.