Each year the college recognizes faculty and staff who excel in various areas such as research, teaching, student ou

Congratulations to the College of Engineering Spring 2020 Honors Graduates for their academic achievements.

Congratulations to Mathew Crawford, David Shoemaker, Anh Tran and Paul Robicheaux who placed 1st in the International Chem-E Sports Competition during the annual meeting of the American Institute of Chemical Engineers (AIChE) in Orlando, FL.  This year’s competition had teams operate a simulated distillation column, using software of the type refinery workers train with.   The competitors were given real-life scenarios that could be observed in a plant and an objective to complete within a given timeframe. The competition is open to both academia and industry.

Dhan Lord Fortela and Ashley Mikolajczyk, instructors in the Department of Chemical Engineering, co-advised the team.

Special thanks to Chelsey Martin of Solenis, a leading global producer of specialty chemicals for water-intensive industries, who gave our team incredible support. 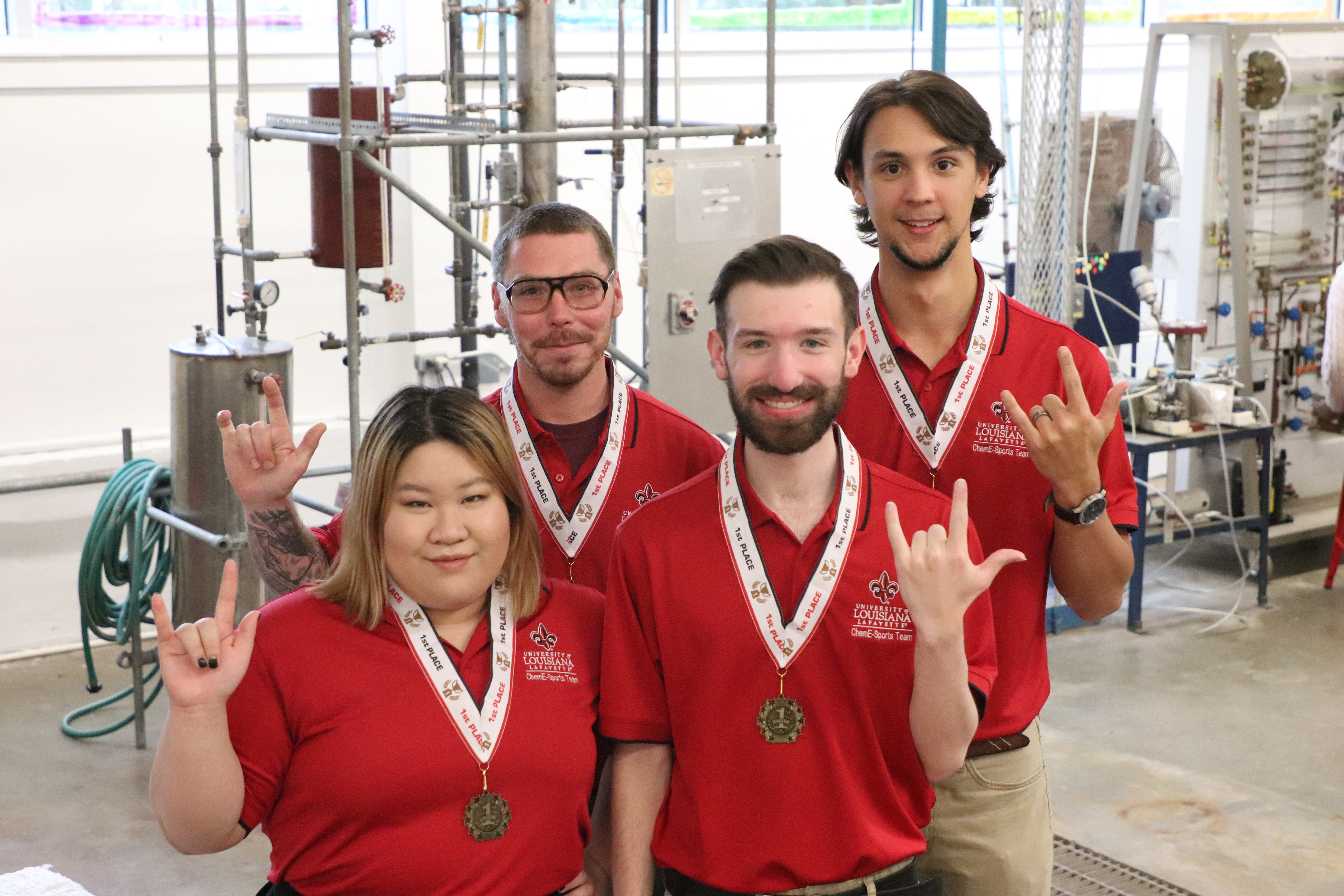